These types of stoves are designed specifically for burning woods and recommend manufactured logs. The grate and the airflow system in the stove is only designed for burning these fuels, by burning other fuels and household waste you may result in damaging or prematurely wearing out parts of your stove. Wood burning only stoves are highly desired by governments as they are classed as environmentally friendly as they are carbon neutral – the carbon released is reabsorbed by the trees which are cut for fire wood – completing a carbon cycle.

These types of stoves are designed to burn wood and solid fuels. However most stoves are initially designed to burn wood, and by modifying the grate and some air controls they are converted in multi fuel stoves. Mutli-Fuel stoves can burn timber, peat, briquettes, turf, and coal designed for stoves and closed appliances. These are the most common types of stoves on the market in Ireland today as it doesn’t restrict the users to one type of fuel, however always ensure that the fuels you are burning are for stoves or closed appliances.

Free standing stoves, traditionally known as Pot Belly Stoves are the most common type of room heater. These stoves are placed on hearths just about anywhere in house that is feasible for heating an area, and that is within building regulations from combustibles.

These stoves heat air as it passes over, around and underneath it. Free standing stoves will always have legs which have to be used in order for the stove to work right. Alterations to the legs outside manufacturer recommendations could cause the stove to crack or go on fire.

Insert stoves are designed to be placed entirely into the existing fireplace with a front door only visible to the user. These are becoming more popular as many house holds do not have the sufficient space or requirements to place a free standing stove on their fireplace, as fireplaces and surrounds are/were not designed initially for stoves.

Gas stoves are up and coming in the European market. They require a direct feed from your gas services. These are now much more efficient than gas fires as they contain the heat in the stove and continue to expel heat long after the gas has been turned off. Gas Stoves are now the choice for busy house holds, or by people who want the stove experience or look with out having to deal with cleaning or handling fuels.

Cassette stoves are stoves which are mounted internally into a wall. They are usually flush with the wall or can come with a selection of frames. Theses stoves are designed with a large glass door for aesthetics and have an convection chamber for distributing the heat outwards. The vast majority of these stoves are wood burning but some do have an option for a multi fuel grate.

Boiler stoves are stoves that heat water internally inside the stove. These stoves have the boiler encased internally inside the stove. As the stove heats up, it transfers its heat to the water, which is then pumped through your heating system via a thermostat. These stoves have to be connected or linked to your heating system using the appropriate pipes and pumps, and installed by a competent stove installer and a registered plumber.

These stoves are becoming extremely popular in households as gas and oil prices are rising, and with a solid fuel boiler stove, you can cut your heating annual bills whilst having more heat and hot water for longer periods of time. 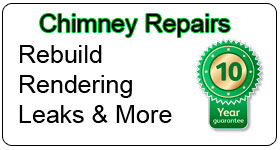 Having trouble with your chimney? We host a range of chimney repairs from the minor to major jobs! Over 30 years building experience & guaranteed work done to the highest standards, without effecting cost, contact us today. 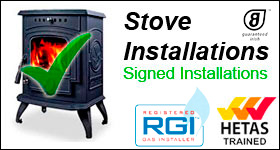 HETAS trained & providing the highest standards of stove installations, we sign of on each stove installation and training. Thinking of moving to solid fuel? Contact us today to find out what best suits you and your dwellings. 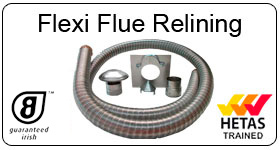 Make your stove or appliance reach its maximum efficiency and safe today by installing a flexible flue liner. We are now the most competitive in the industry with our pricing, and all installs are signed by our HETAS installers. 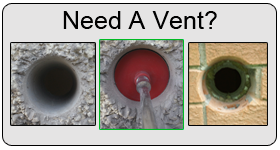 Need a vent? Did you know by building regulations there must be a vent installed in the room for a chimney or solid fuel appliance? This is one of the most common problems that cause chimneys and stoves to smoke. 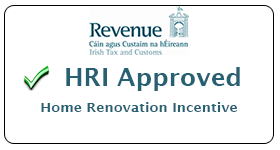 Home owners and Landlords can now apply for the HRI scheme with Top Cap. This scheme allows you to claim the 13.5% VAT back from the job against your taxes. Click to find out more.

Request A Call Back